EghtesadOnline: Oil entered the first bear market since August as concerns worsen that OPEC is failing to ease a global supply glut.

West Texas Intermediate crude, the U.S. benchmark, fell more than 20 percent from its highest close this year, meeting the common definition of a bear market. Futures settled at $43.23 a barrel in New York, down from $54.45 on Feb. 23. 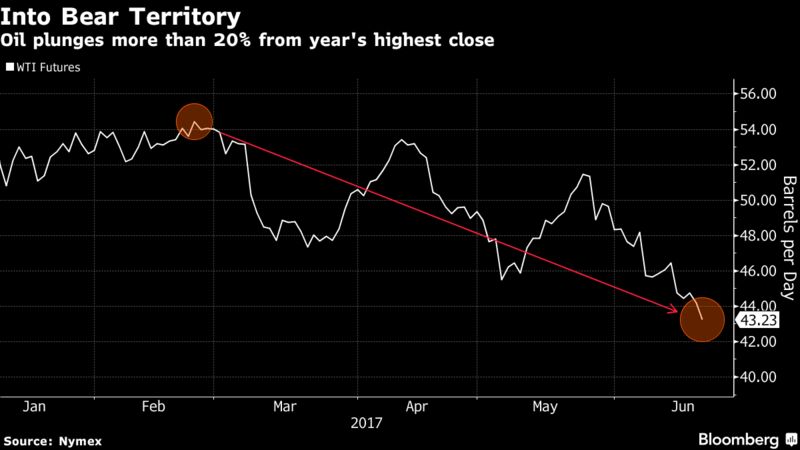 Adding to an oversupplied market are Libya, which is pumping the most in four years, and shale drillers that are staging the longest drilling ramp-up on record. Meanwhile traders are hoarding an increasing amount of oil in tankers. All that crude is hindering efforts by the Organization of Petroleum Exporting Countries and its allies to reduce stockpiles to the five-year average, according to Bloomberg.

“The market’s in a game of chicken with OPEC and with Saudi Arabia in particular,” said John Kilduff, a partner at Again Capital LLC, a New York-based hedge fund. “Unless and until they respond, we’re going to continue to grind lower.” 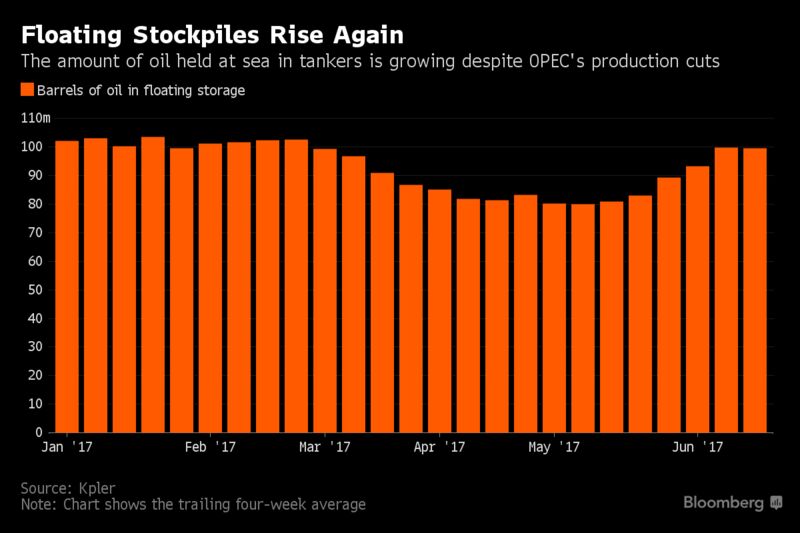 American drivers aren’t helping either. Oil plunged below $45 a barrel last week after the U.S. Energy Information Administration said gasoline supplies surged to the highest level since mid-March at a time when summer demand should be bringing inventories down.

U.S. drillers have increased the oil-rig count for the 22nd straight week to the highest level since April 2015, according to Baker Hughes Inc. American crude production has expanded to 9.33 million barrels a day through June 9, near the highest since August 2015, EIA data show.

At the same time, an increase in the number of drilled-but-uncompleted wells could drive oil prices down further, analysts said. At the end of May, there were 5,946 so-called DUCs, the most in at least three years, according to estimates by the EIA. In the last month alone, explorers drilled 125 more wells in the Permian Basin than they would open, meaning production is poised to surge further when they turn the spigots on.

"A lot of faith and hope and belief was put into" the OPEC-led output deal, Kilduff said. But "it’s proven ineffectual."