EghtesadOnline: U.S. stocks eked out a gain, while the dollar weakened with Treasury yields after poor housing data and a slump in consumer sentiment added to signs the American economy’s growth rate may be slower than forecast. Oil rose with metals.

Food retailers led losses in the S&P 500 Index after Amazon.com Inc. agreed to buy Whole Foods Market Inc. The benchmark for American equity pushed into the green in the final minute of trading during an event known as quadruple witching, when futures and options contracts expire. Tech shares slipped, pointing the Nasdaq 100 Index to a second straight weekly decline. The dollar capped a weekly drop after new-home construction faltered for a third month and consumer confidence fell the most since October. Oil pared a fourth straight weekly decline, according to Bloomberg. 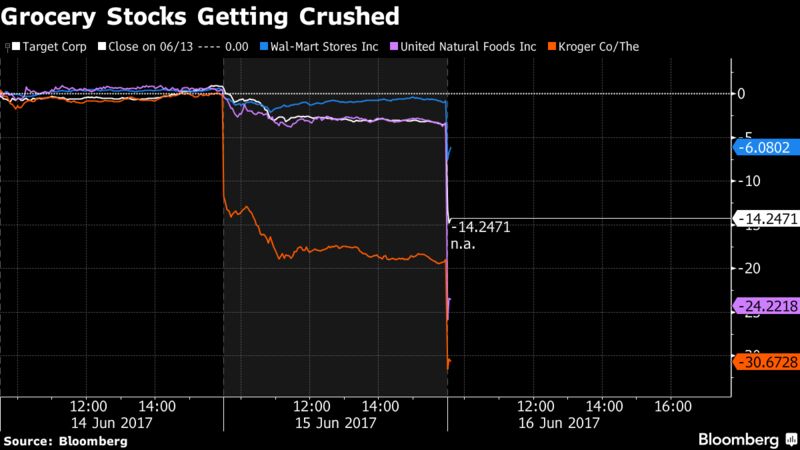 “The data this week has not been encouraging,” said Mariann Montagne, a portfolio manager at Gradient Investments LLC, which oversees about $1.4 billion. “We need to see consumer spending pick up and more confidence across the board before we can get going again. We’re in a weird limbo, coupled with the the summer doldrums. But if we had great numbers coming out, there would be decisions made.”

Here’s what investors will be facing in the next few days:

Here are the major movers: