EghtesadOnline: Asian equities were mixed, with solid gains in Australia and New Zealand offset by China, where markets weakened despite data showing resilience in retail sales and industrial output. The dollar held declines and Treasuries edged higher ahead of the Federal Reserve’s policy decision.

South Korea’s benchmark gave up earlier gains that came on the back of U.S. stocks climbing to all-time highs as technology stocks rebounded. Economic data from China were largely in line with forecasts, but stocks slipped on concerns regulators will place further curbs on insurers’ investments. The yen was little changed, while sterling fell after rising for the first time since the U.K. election. Oil also resumed its decline as industry data showed U.S. crude stockpiles expanded, exacerbating an inventory overhang, Bloomberg reported. 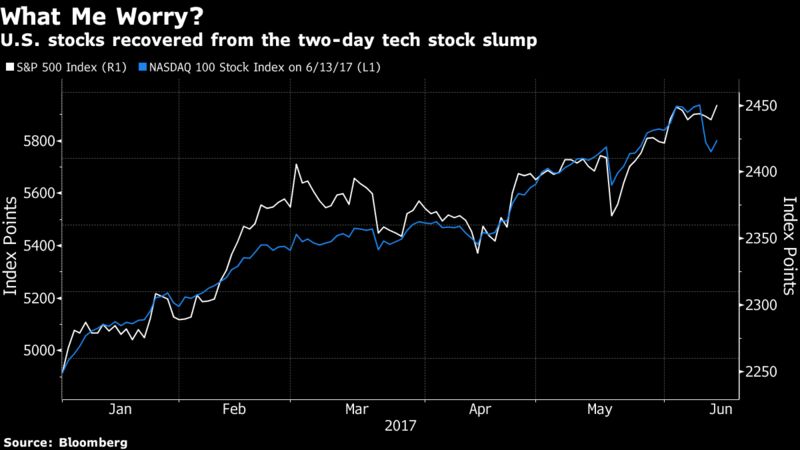 A rebound in tech shares on Tuesday in Asia carried through to U.S. trading, restoring what had been a key driver for global equity gains. Drama in Washington continued to demand attention, with U.S. Attorney General Jeff Sessions testifying to lawmakers that he never spoke with Russian officials concerning “any type of interference” with the 2016 presidential campaign. He declined to comment on conversations he had with President Donald Trump, saying that to do so would potentially deny the president the right to claim executive privilege.

Here are the key events investors will be watching this week: