Energy companies don’t want to see a reordering of the world’s power structure.

Energy Shares Will Benefit If Paris Accord Followed

EghtesadOnline: President Donald Trump announced last week that the U.S. would withdraw from the Paris climate accord, saying that America bears too much of the burden and that he will seek better terms.

It would be myopic to assume, however, that all U.S. energy companies backed Trump’s decision. In fact, Exxon Mobil, Conoco Phillips and Occidental Petroleum, among others, wanted the U.S. to remain in the Paris agreement, according to Bloomberg.

The backlash by the energy industry and the business community against Trump’s decision is actually good for their stock prices. The reason for heeding to climate change is clear, as it’s less about a sense of moral responsibility than it is about the price of doing business globally. Also, allocating more assets to renewable energies, a potential $6 trillion market and one of the highest growth sectors in the nation, can help both their bottom line and reputation.  Maybe it's a case of sell on the rumor and buy on the news, but the U.S. dominated Bloomberg Americas Energy Index of stocks of companies in North, South and Central America is little changed from May 31, the day before Trump announced his decision.

It’s not that the big exploration and production companies have awakened to the reality that climate change is a material concern. Rather, they acknowledge the need to be players on the international energy negotiation field and to be in the room making deals when decisions are made. The industry has become more global, and participants must play by rules increasingly being set from China to Africa. They will run their businesses as if the U.S. is still in the accord because ultimately they don’t want to see a reordering of the world’s power structure where others become more influential in international trade and the financing of infrastructure projects.

The energy industry has faced a massive stock dis-investment by exclusionary, environmentally sustainable and socially responsible funds ranging from indices, ETFs, mutual and hedge funds. Portfolio managers and analysts perform negative screenings to meet the demands of endowments, foundations, universities, individual investors and others that don’t want the "bad boys" in their portfolios. 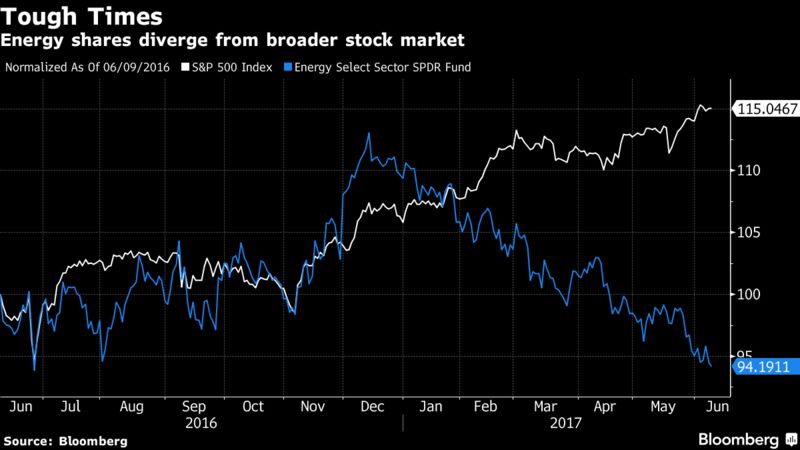 Shareholders are demanding more prudent financial and environmental stewardship from all industries, particularly energy. Exxon Mobil shareholders suggest they were misled because the company didn’t price gas emissions into its financials, thus presenting a rosier outlook than reflected in internal estimates. Shareholders protested, urging the company to publish a detailed analysis and "stress test" to measure how carbon curbs could affect the value of its oil fields, refineries and pipelines. Sixty two percent of voting shareholders approved the resolution. Even though management opposed the resolution, Chairman and Chief Executive Officer Darren Woods believes low-emission fuels, carbon capture and biofuels are tools for meeting the Paris accord’s goals. His predecessor and now Trump’s secretary of state, Rex Tillerson, concurs.

Trade groups representing United Continenta, Boeing and other industry leaders such as DuPont and Pacific Gas & Electric are pressuring the White House to support low-carbon policies. So are financial services firms, such as Vanguard Group, that have large stakes in the big E&Ps. BlackRock, the $5.4 trillion asset manager -- Occidental’s largest shareholder and Exxon’s second largest -- supported the climate proposal this year for the first time. California Public Employees’ Retirement System, the nation’s largest pension fund, persuaded investors to validate the resolution by a 58 percent margin.

Regardless of whether Trump is able to negotiate what he views as an accord that's more favorable to America, the stocks of U.S. listed energy companies and other businesses supporting greenhouse gas reduction are poised to see some upside. Business as usual is no longer an option for them. Investors are voting on the imperative to the risks of climate change. They believe that the business case for climate action is real and that the gradual transition to a low-carbon economy not only can drive economic growth, but is a fact of life.