EghtesadOnline: Investors looking for a return of market volatility might see those chances increase this week, with geopolitical risks looming large.

According to Bloomberg, the decision by a four-country alliance led by Saudi Arabia to cut diplomatic ties with Qatar is just the first in what will be a busy week of events that have the potential to drive big moves in wider markets, joining a growing list of hot spots that includes the Korean Peninsula and the latest political scandal in Brazil.

Here’s a look at what’s on the worry list for investors: 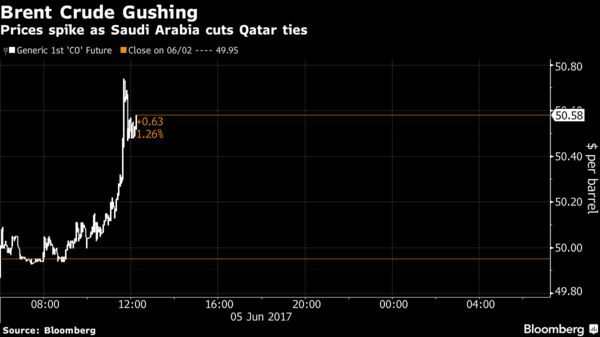 Saudi Arabia, Bahrain, the United Arab Emirates and Egypt have all said in statements they will suspend air and sea travel to and from Qatar, escalating tensions that started over the country’s relationship with Iran and support of the Muslim Brotherhood.

The move pushed Brent crude up as much as 1.6 percent in London. The commodity has had a bad year so far, falling 11 percent on concerns about global supplies. There’s no immediate evidence that shipments from the Persian Gulf will be disrupted, however.

UK Heads to the Polls

U.K. voters are set to vote on June 8, with Prime Minister Theresa May’s once 20-point-plus lead shrinking amid a series of attacks that has threatened to make terrorism the dominant theme of the campaign’s final days.

A surprise victory for the opposition Labour party would, for one thing, augur expansionary fiscal steps that could alter the outlook for U.K. yields and the pound, while a hung parliament -- where there is no majority party -- could see a lack of clarity on Britain’s policies for some time.

But there’s a “growing sense amongst traders that this could be U.K. election 2015 ‘deja vu all over again,’” according to Stephen Innes, senior Asia-Pacific currency trader at Oanda Corp. in Singapore. 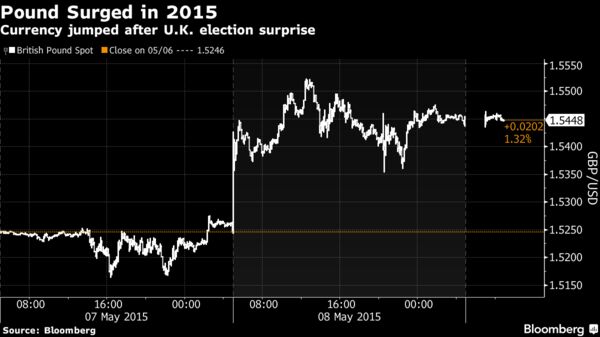 The pound surged after Conservative David Cameron won a majority in 2015, in contrast with polls at the time. Cameron would later resign after the 2016 Brexit referendum.

For now, the pound is showing it’s “desensitized” to the shocks of terrorist atrocities, Innes wrote in a note Monday.

Fired FBI Director James Comey is set to testify before the Senate Intelligence Committee on Thursday about his conversations with President Donald Trump regarding suspicion of Russian interference in the 2016 election.

The long-anticipated testimony may drive further moves in U.S. equities and the dollar in a reprise of market swings in May. Assets tumbled at the time on news Comey had written a memo alleging Trump made a request to drop an FBI investigation into former National Security Adviser Michael Flynn. 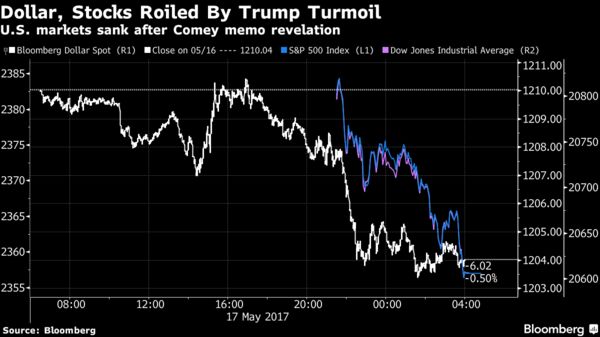 The dollar dropped to levels not seen since the November election while the Dow Jones Industrial Average tumbled more than 370 points, Treasuries rallied the most since July and volatility spiked higher. The benchmark S&P 500 retreated the most since September.