Cheer Up, OPEC: Oil Price Slump May Yet Prove to Be ‘Knee Jerk’

EghtesadOnline: Saudi Arabia’s Energy Minister Khalid Al-Falih said he had no interest in the “knee jerk” reactions of the oil market when crude prices collapsed on Thursday as he sought to explain OPEC’s deal to prolong supply curbs. According to Bloomberg, here’s some evidence that he could be right in believing the slump won’t last.

As recently as February, hedge funds and financial investors placed huge bets that prices would rise. Some analysts speculated -- accurately, it transpired -- that downward pressure on prices would mount as those big wagers unwound. Now the opposite is the case. “We saw the long squeeze in the past few months but after yesterday’s move there’s room for a short squeeze,” said ABN Amro senior energy economist Hans Van Cleef. “I think that will almost certainly be the case.” 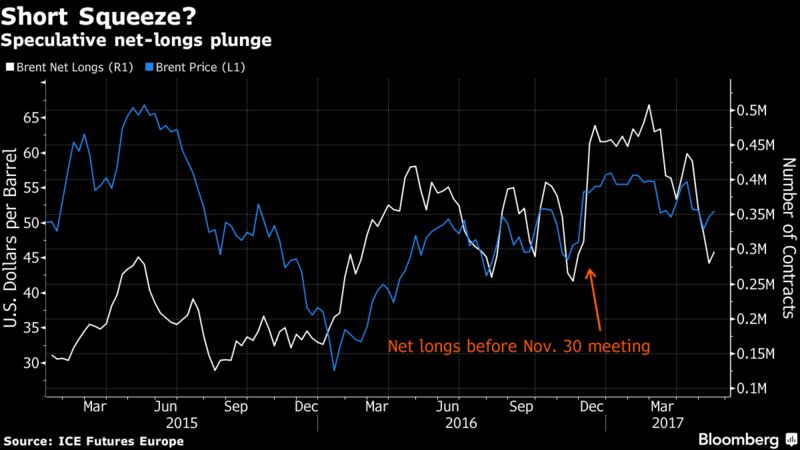 The market was pricing in an improving supply situation before Al-Falih spoke. Nothing changed on Thursday. Brent for December is still about 35 cents a barrel more expensive than a year later, far more than during a similar wobble earlier this month. The pricing relationship -- called backwardation and in place most of this year -- is normally viewed as bullish. “The fundamentals haven’t changed and therefore the December spreads are still in backwardation,” said Jan Edelmann, commodity analyst at HSH Nordbank. “We’ve seen how fast the market moved, a similar path to higher prices is not unlikely.” 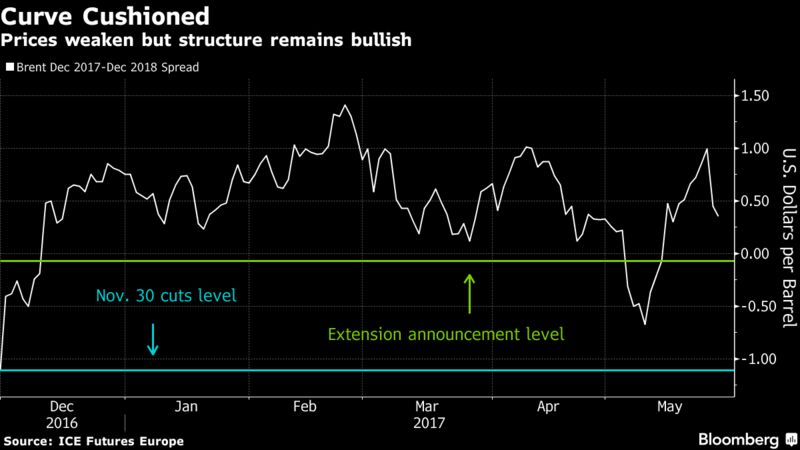 With all the talk about supply, it could be the other half of the equation that proves Al-Falih right: demand. The oil market is moving into a quarter where global consumption has increased for each of the last eight years. If demand can catch up with supply, that could be enough to lure back the bulls whose faith wasn’t enough to push prices higher in the first half of the year. “With producer de-stocking behind us and floating storage down, the extension of supply cuts and a seasonal swing in demand should set in motion the necessary inventory draw-downs to re-kindle bullish interest in oil,” said Harry Tchilinguirian, head of commodity markets strategy at BNP Paribas. 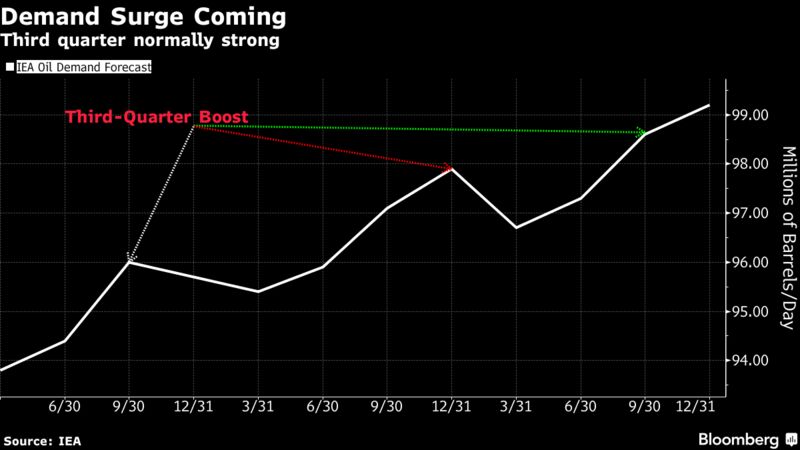 If demand does surge, comments from Al-Falih on Thursday that got lost in the noise will become even more important. First, he said Saudi Arabia would cut exports in the next few months. Second, he said flows to the U.S. will drop markedly. If Saudi Arabia delivers on that pledge, what are the contracts to watch? The spreads between heavy Dubai crude and lighter grades will be the key barometers, according to UBS analyst Giovanni Staunovo. U.S. crude has long been cheaper than the international Brent benchmark, but that discount could narrow, he said. 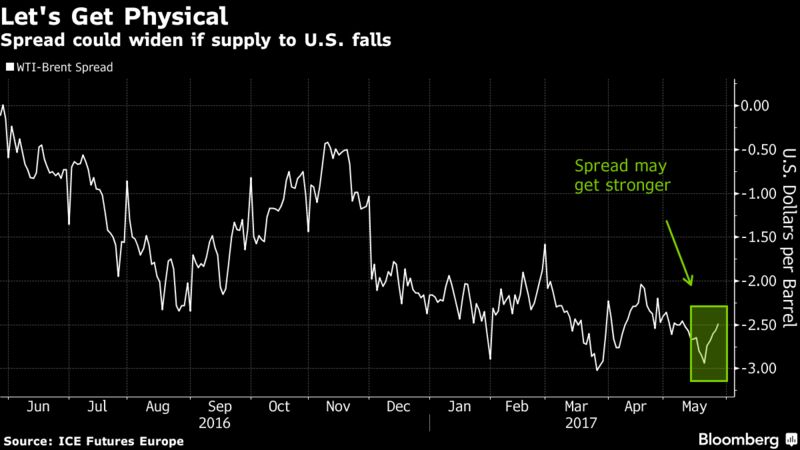 Still, the oil market continues to be glutted. Petromatrix GmbH analyst Olivier Jakob argues OPEC is hoping that inventories will fall, rather than expecting such an outcome and doesn’t have a plan to create a backwardated structure. Couple that with ongoing concerns about whether producing nations will manage to comply with output cuts into the second half of the year, alongside booming U.S. production growth, and some say OPEC still has a major supply problem. The surge from shale has also made Morgan Stanley and Goldman Sachs more bearish about prices in 2018. 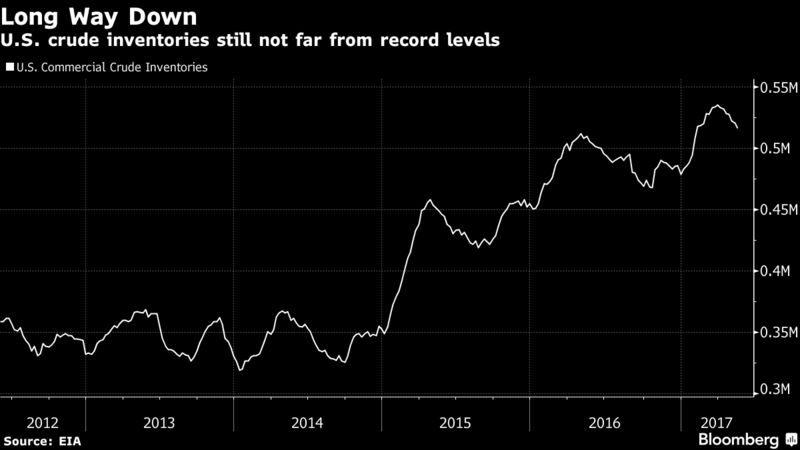