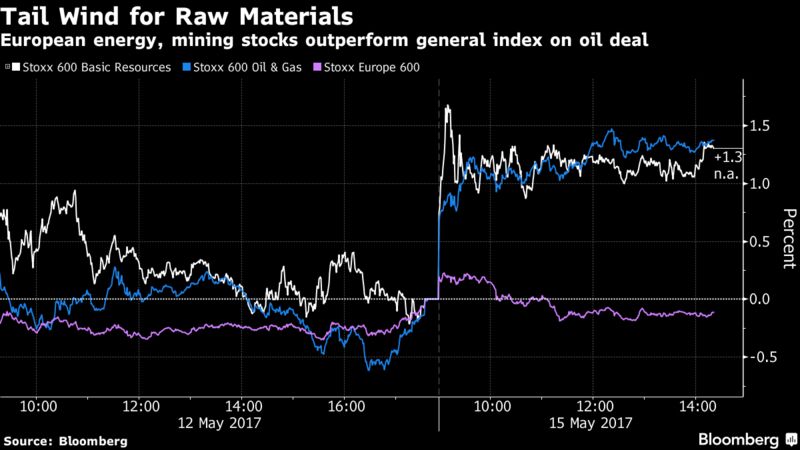 Crude also got a boost from China’s sweeping plan to boost global infrastructure, though data showed the country’s factory output and investment slowed in April. Commodities have struggled for weeks as signs of a crude glut re-emerged and President Donald Trump struggled to get his infrastructure plan underway. Numbers on American retail sales and inflation also cast a shadow on growth.

Here’s what investors will be watching this week:

And here are the main movers: