Iran Will Go Along With Whatever OPEC Decides on Crude Cutbacks

EghtesadOnline: Iran will go along with whatever decision OPEC makes at its meeting later this month on whether to extend oil production cuts beyond June, Oil Minister Bijan Namdar Zanganeh said.

“All indications are that the members want a renewal of the deal and we will go along with what they agree upon,” Zanganeh said Saturday on the sidelines of an energy trade show in Tehran. Producers outside OPEC that joined the oil pact will probably agree to keep the cuts for longer, he said. 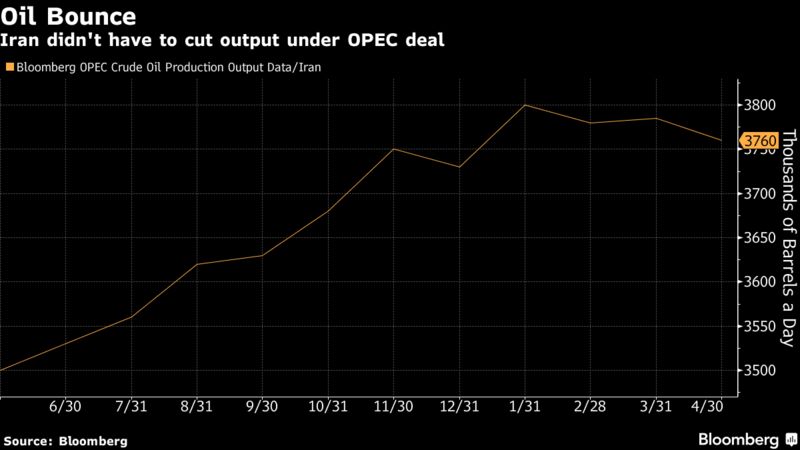 According to Bloomberg, crude has surrendered all of its gains since the Organization of Petroleum Exporting Countries agreed in November to cut output. Brent crude, the global benchmark, slumped to a five-month low of $46.64 a barrel in New York on Friday, bringing prices down 14 percent for this year. Zanganeh said he expects oil to trade at $55 a barrel, though he didn’t say for what period. OPEC meets on May 25 in Vienna to discuss the output cuts.

Brent ended the week at $49.10 a barrel. On Nov. 30, when OPEC clinched the deal to curtail oil production for the first time in eight years, oil closed at $50.47 a barrel.

Iran was allowed to increase its output under the deal as the nation rebuilds from international sanctions that crippled its energy industry. Since sanctions were eased in January 2016, Iran’s oil production has climbed 34 percent, according to data compiled by Bloomberg. It has stabilized this year, gaining less than 1 percent, the data show.

Iran’s oil exports now stand at about 2.5 million barrels a day, Zanganeh said. In April, Zanganeh told the Islamic Republic News Agency that he expected Iran’s oil exports to average 2.4 million barrels a day for the Iranian calendar year that started March 21. Iran was the third biggest producer in OPEC in April, after Saudi Arabia and Iraq, according to data compiled by Bloomberg.