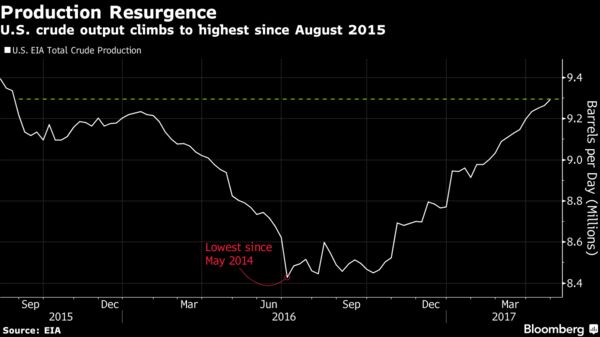 The Republican House victory now sends the bill to the Senate, where it has little chance of being passed in its current form, though it provides President Donald Trump with a rare legislative victory. Investors will focus on Friday’s U.S. jobs report for signs the economy picked up steam after a sluggish start to the year. Crude’s latest swoon rekindled concern that global growth remains limp even as corporate earnings in Europe and the U.S. top expectations.

“Stocks have faced several hurdles already to start the month, including poor auto sales and disappointing revenue from Apple,” Gina Martin Adams, chief equity strategist at Bloomberg Intelligence, wrote Thursday. “Yet continued declines in commodities may be a tipping point. Metals have been a leading indicator of stock prices for much of the last year.”

Here are key events and data releases due: