Benchmark 10-year yields headed for their biggest one-day jump in three months as Macron edged out anti-euro nationalist Marine Le Pen in the first round of voting. Treasury yields had dropped in the past two months as geopolitical concerns ranging from the French election to North Korea and Syria bolstered haven demand, Bloomberg reported.

“The French elections have calmed market fears that the polls might have been wrong and Le Pen was more popular,” said Damien McColough, head of fixed-income research at Westpac Banking Corp. in Sydney. “Risk has now been reduced and we are undergoing a risk-on impulse in both currency and bond markets.” 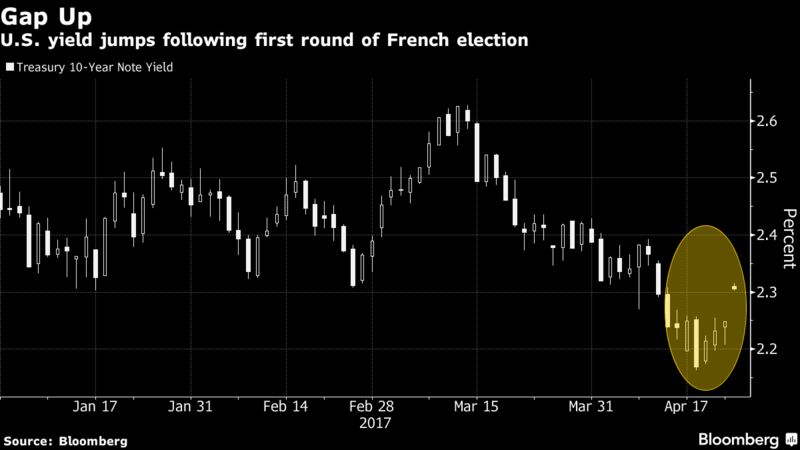 Macron, a political independent, was on course to take 23.9 percent in Sunday’s election, with National Front leader Le Pen on 21.4 percent, according to projections from the Interior Ministry based on 97 percent of votes counted.