EghtesadOnline: Most Asian stocks rose, with a falling yen pushing shares higher in Japan, as investors weighed the impact of the American jobs report and the path for U.S. monetary policy tightening.

Equities in Tokyo and Sydney climbed while South Korean shares dropped, with traders in the Asia Pacific region taking their first chance to react to worse-than-forecast U.S. hiring data. The yen weakened against the dollar for a third straight day, while the South Korean won extended its losing streak to a fifth day. Australian government bonds fell with gold. Oil added to last week’s rally, Bloomberg reported. 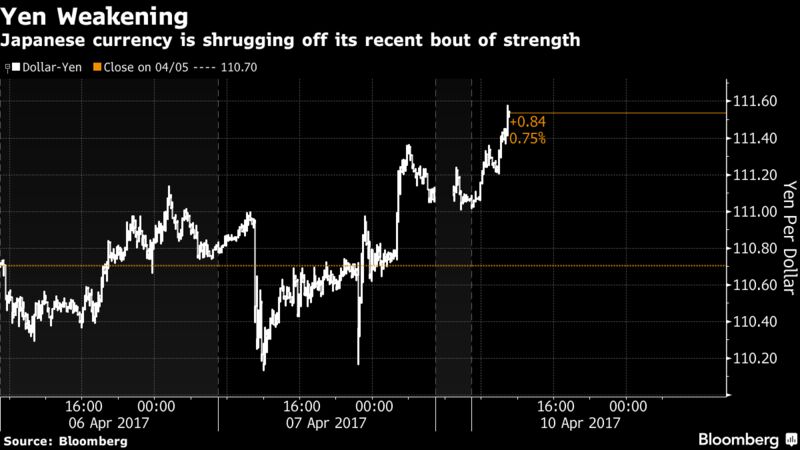 Financial markets are showing resilience in the face of Friday’s weaker employment figures for the world’s largest economy and a ratcheting up of geopolitical tensions, with demand for haven assets abating. While the jobs report was weaker than some had expected, it’s consistent with the U.S. economy growing at two percent this year, Federal Reserve Bank of St. Louis President James Bullard said in Melbourne Monday. Corporate results ramp up this week with earnings due from the likes of JPMorgan Chase & Co., Tesco Plc and Prada SpA.

“We’re fielding a lot of questions from clients about what the world looks like when the Fed is reducing liquidity from markets, and you’re probably going to have it from the Chinese as well who will be raising short-term loans to banks,” in addition to less stimulus from the ECB, Chris Weston, chief market strategist at IG Ltd., told Bloomberg TV from Melbourne. “This is something that we’ve got to get used to.”

Investors are also weighing the impact of a summit which turned out less "difficult" than U.S. President Donald Trump’s earlier prediction. Trump emerged from his first meeting with Chinese President Xi Jinping hailing “an outstanding relationship.”