The yen climbed against the dollar for a third day. Tokyo shares were led lower as auto manufacturers reported worse-than-expected U.S. sales for March. China, Hong Kong, Taiwan and India are closed for a holiday. South Africa’s rand extended losses for a seventh day after the country lost its investment-grade credit rating from S&P Global Ratings for the first time in 17 years. The Russian ruble steadied after declines sparked by a subway bomb in St. Petersburg that killed 11 people, according to Bloomberg.

Investors are taking stock ahead of a key U.S. payrolls report on Friday and minutes from the Federal Reserve’s latest meeting on Wednesday. Institute for Supply Management data showed U.S. factories continued to expand production at a robust pace in March, reaffirming faith in the global economic recovery. 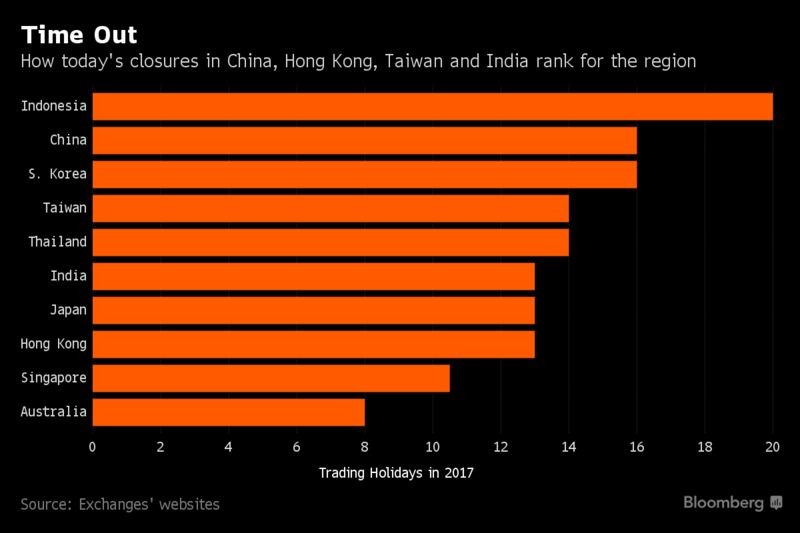