EghtesadOnline: The dollar dropped to a session low in choppy trading after New York Federal Reserve Bank President William Dudley said that 2 more rate increases in 2017 seem about right, though there’s no need to hurry given that the economy is far from overheating. 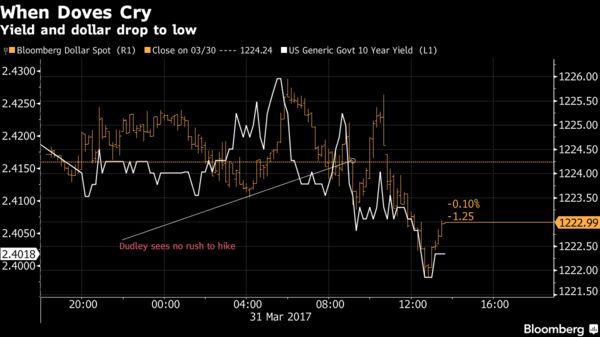 The Bloomberg dollar index remains near its low of the session, tracking a decline in the 10-year Treasury yield, which is close to its daily low below 2.40 percent. The greenback is on track to eke out its first weekly gain in three, though it will record a drop of more than 3 percent for the quarter, disappointing early-year forecasts that had largely expected dollar gains to continue.