Dollar Erases Most of Trump-Victory Rally on Doubts Over Agenda

EghtesadOnline: The dollar has lost nearly all its gains enjoyed since President Donald Trump’s election victory in November after the failed health-care deal last week cast doubt over the fate of the U.S. leader’s economic plans.

Treasuries rallied and the Bloomberg Dollar Spot Index sank below its 200-day moving average to reach its lowest level since Nov. 10, two days after the U.S. election. Leveraged funds, Tokyo-based funds and companies sold the greenback on weak U.S. stock futures and month-end flows, according to foreign-exchange traders, who asked not to be identified as they weren’t authorized to speak publicly, Bloomberg reported.

“The market is well and truly trading the Trump fallout and it’s now being expressed across the whole macro space,” said Greg Matwejev, portfolio manager at Morris Capital. “These moves have just started getting traction and have a lot more to run.” 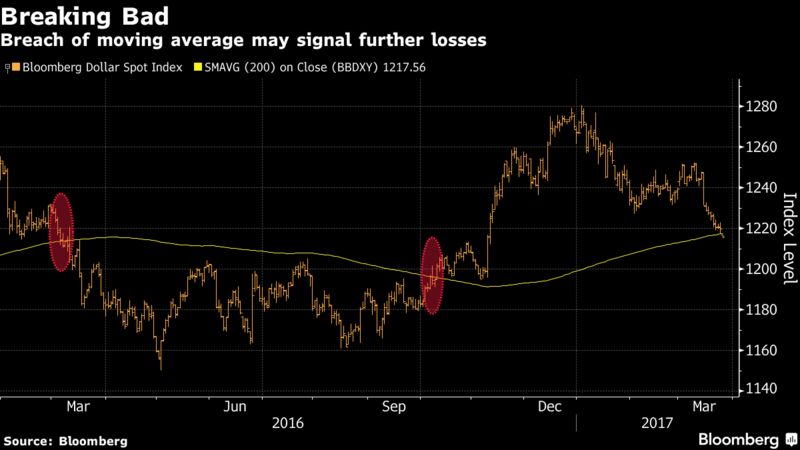