EghtesadOnline: Asian equities rose and the dollar weakened as a positive U.S. jobs report helped investors position for a week of central bank policy decisions from Japan to the U.S. Oil slid for a sixth straight day.

Tokyo shares extended the biggest rally in a month while South Korean equities rose to the highest since May 2015. Chinese stocks traded in Hong Kong jumped. The dollar fell against most major peers. Oil kept sliding below $50 as U.S. drillers continued to boost activity, countering OPEC’s efforts to drain a global glut, according to Bloomberg.

Global equities are trading near a record high as indications of firming growth in the U.S. and Europe coincide with China’s economy showing signs of improvement. U.S. jobs data at the end of last week cleared the way for the Fed to raise interest rates on Wednesday without forcing it to accelerate the pace for future tightening. The euro built on gains from Friday, when European Central Bank policy makers were said to have considered their ability to raise rates before a bond-buying program comes to an end.

“There’s some initial upside from the jobs report but most people are waiting and watching to see what the central banks say later in the week,” said Andrew Sullivan, managing director for sales trading at Haitong International Securities Group Ltd. in Hong Kong.

Goldman Sachs Group Inc. is joining the rush on Chinese shares, becoming the latest major brokerage to upgrade the market. China’s macroeconomy stabilized in the beginning of 2017, Ning Jizhe, head of the National Bureau of Statistics, said at the sidelines of the annual legislature meeting in Beijing on Sunday. 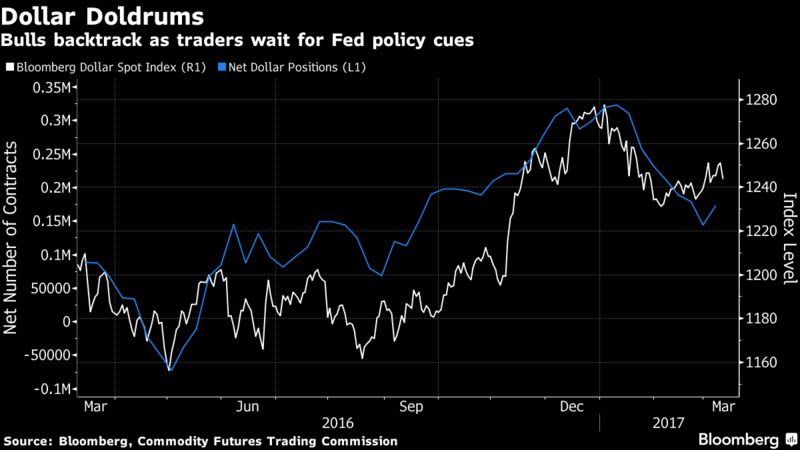