EghtesadOnline: Asian stocks fell while the yen and gold were steady after three days of gains as investors grew cautious before speeches this week from Donald Trump and Janet Yellen.

Insurers and banks dragged equities lower in Tokyo, after Treasury yields fell last week by the most since July. Oil traded above $54 a barrel, while yen and gold were near the highest levels in three months. Iron ore rallied after last week’s declines, according to Bloomberg.

The rally in global equities that helped push their value above $70 trillion is losing momentum as money managers grapple with political uncertainty and the Federal Reserve’s schedule for lifting borrowing costs. Investors will be hoping for details on Trump’s spending plans as lingering concern about the timing of U.S. fiscal stimulus weighed on the dollar this year, testing its post-election surge. Markets from stocks to currencies have been subject to daily fluctuations as investors hang on each word from central bank officials and politicians.

“We are not sure what Trump’s policies are going to be and whether he’s going to implement them at all,” Kumar Palghat, a portfolio manager at Kapstream Capital, told Bloomberg TV in Sydney Monday. We should get some detail from Trump’s speech Tuesday, he said. 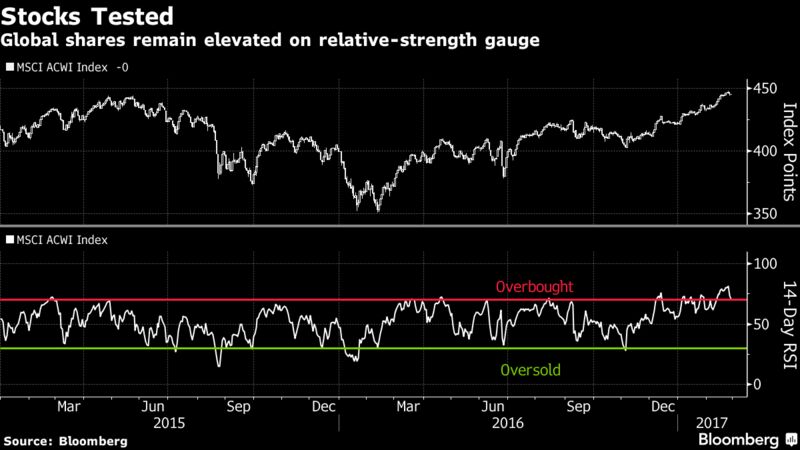 What’s ahead for this week: