EghtesadOnline: Most U.S. stocks rose, taking the S&P 500 Index to a fresh record amid deal action ahead of the holiday weekend. Treasuries advanced and the dollar erased losses for the week as investors await details on Trump administration tax and spending plans.

The S&P 500 erased declines in late trading to cap its fourth straight weekly advance, the longest run since July. It’s gained in eight of the past nine days. Kraft Heinz Co. rallied after making a takeover bid for Unilever, lifting shares of consumer products makers. The 10-year Treasury note yield slid below 2.42 percent. French bonds retreated and the euro weakened as political risks weighed on sentiment. The pound headed for the lowest level in a month. U.S. markets are closed Monday for a holiday, according to Bloomberg. 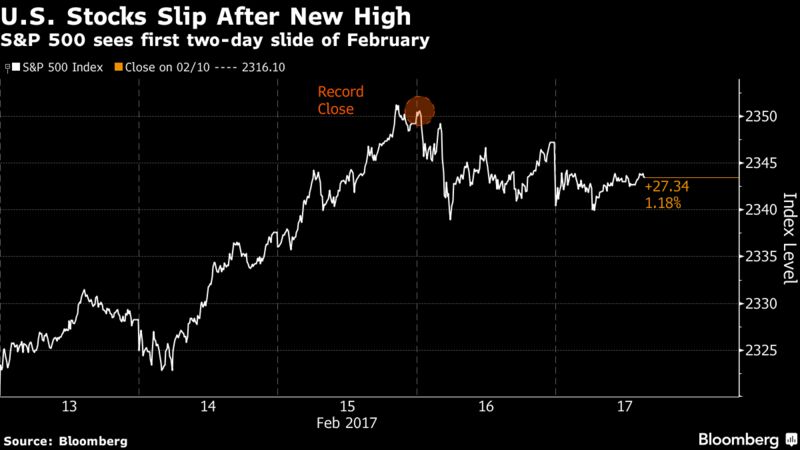 Stocks are pausing a rally as investors go back and forth assessing the prospects for President Donald Trump’s economic plans and the timing of U.S. interest-rate increases. In Congressional testimony this week, Federal Reserve Chair Janet Yellen warned against waiting too long to tighten policy. Concerns about France’s future in the euro region in the event of a Marie Le Pen presidency are roiling the country’s assets.